I don’t pretend I got it all right and my daughter does make mistakes as she is learning both English and French. But speaking French to her has made a difference to her life. Not only she learnt and assimilated it intuitively, but she enjoys it and – most importantly – for her the process is relatively painless.

When she was born I was so happy that there would be someone in the home whom I could converse with in French. Circumstances made it difficult to get her into a nursery so she stayed at home until she was three and a half. During this time I sometimes wondered whether I should speak to her in English at all. Of course with my husband I would, so English was not completely ‘foreign’ to her. My husband talked to her in English and Bengali.

Once day while in a playground a Russian lady gave me this advice: if you want her to become bilingual, talk to her in French only. And let your partner do the English talking.

Reassured that it was good to talk exclusively in French, I carried on and could not wait until she started talking. Her first words came quite late: past the age of 2, I was starting to get worried. But she soon caught up with confidence and she has grown to be the bubbliest character in our family.

When she started nursery, it was a little bit difficult for her to understand English as she had stayed with me all this time. A new teacher started, she was herself bilingual and my daughter immediatly connected with her, just knowing that one person could understand French helped her find her place at the nursery. Her English then developed a bit faster.

Reception was a big step as she started full-time education in an English school, including reading and writing. Her progress in English was outstanding, and at home she at occasionaly only wanted to talk English.

I resisted, at times giving in (‘ok, I’ll speak to you in English this evening, and tomorrow we’ll get back to French as usual’). Cousins and friends would frequently send her books and DVDs in French, like Barbapapa, Martine, and my mother found her some really attractive basic spelling and handwriting exercise books too.

I let her choose when to practice, sometimes she let me choose, but I mostly let her lead the way, always talking in French when alone with her.

Once she got really confident at reading in English she suddenly turned her back to her English schoolbooks, for no other reason than ‘having other things to do’. The teachers tried to motivate her and she still read at school, but at home she would leave her school books inside her ‘bookbag’.

However, I noticed she was choosing French books from the shelves, and eventually started teaching herself to read them. She wanted to know what it said, and with very little of my input she soon read in French.

Writing is something she is trying out now. She writes in French how she hears it, and I chose to take the pressure-less approach: I don’t correct her unless she asks me too. First she never asked me to correct her , she just showed me and asked me how it was. ‘Very good ‘ I would say, impressed by her willingness and efforts. If she asked if it was well spelt, I would anwer: ‘It’s not perfect, later on you can learn more spelling but for now keep writing you’re doing fine.’

She kept on writing, and this summer when doing postcards to the French family she, for the first time, asked me detailed spelling of the words that she wanted to use.

Now that she’s gone back to school her French books and spelling practice are back on the shelves as she concentrates on her English. It’s fine by me, there’ll be plenty of time at mid-term. 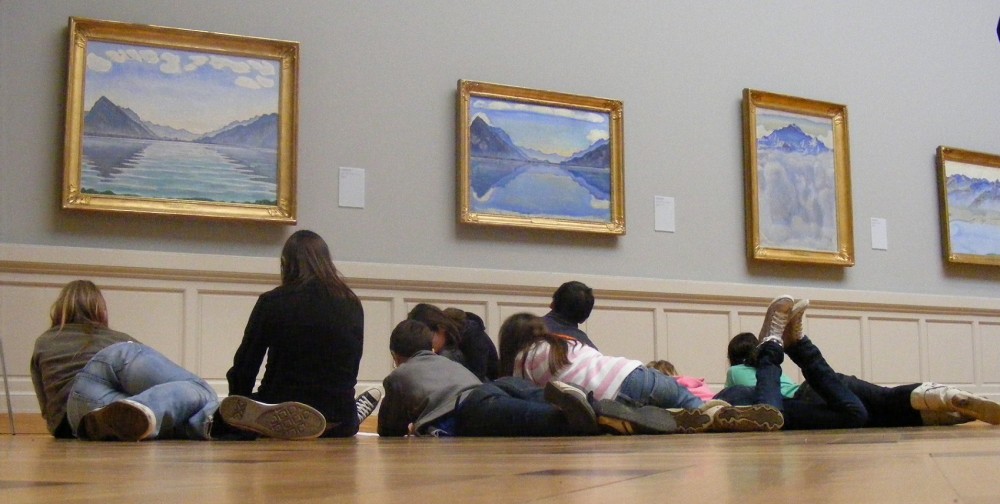