We’re back with part two of expat dad Paul Reed-Peck’s account of his move to Switzerland (click here to read the first part of Paul’s story: “Moving to Switzerland”). In this interview he’ll tell us more about the settling in process and how he went about finding a job, a rental apartment and getting to grips with the French language.

Remember you can find out more about Paul’s expat adventures and pick up some very useful tips on his fab blog: Erniemcpeck – Adventures in Switzerland. Happy reading !

Did you find it difficult to settle in Switzerland ?

I was fortunate to have the support of my wife and her family and friends, meaning I could slowly learn the way things work here. It wasn’t much of a culture shock to go from England to Switzerland (aside from the language), with the main difference I noticed being the fact that shops are not open until late during the week and are closed on Sundays, so you have to remember to do your shopping well in advance.

The country itself is just so stunningly beautiful all year round, from snow-covered mountain peaks to crystal clear lakes, and from luscious green scenery in summer to spectacular colours in autumn. There is absolutely no comparing this to what I was used to in England, and whenever I pop back over to the UK for a visit I can’t help thinking: “Where are the mountains?”

I personally find that Swiss people are friendly, but in my opinion they have a similar trait to the English in that it takes a while for them to let you in. They prefer to take their time to get to know you before considering you a friend. This is what I have been used to from living in England, so I didn’t find this to be a problem. It just means you have to try a little harder!

How did you find a job?

Well, with the Office Régional de Placement not offering any support as I did not yet have my permit, it was up to me to take the initiative and actively look for jobs. My wife gave me a list of employment agencies in Switzerland, so I contacted each one and emailed my CV and cover letter to them all, hopeful of a quick response and a plethora of job opportunities to come my way. In total, out of six agencies contacted, only one responded. Even that response was a simple “thank you for your email, we will contact you if something comes up”.

Disappointed with what I perceived as another set back in my quest for employment, I threw myself into the world of online job centres. I spent hours each day trawling through the available positions on sites such as JobUp.ch, jobs.ch, monster.ch, and many more, applying for as many as I could. I also checked the job boards on the websites of major companies in the Vaud region (such as Nestlé, Philip Morris, BAT, etc.). I must have written over a hundred cover letters for these jobs, and revised my CV almost as often to make it fit the jobs I was applying for.

It took me a total of four months to find a job, finally hearing that euphoric phrase “we’d like to offer you the job” in February the following year. During that time I was only interviewed by two companies, including the one who gave me a job, and once by an employment agency in relation to a job I had applied for through their website (and not in relation to the two or three emails I had sent them directly asking to register with them for some help with my job search).

Looking back at the time I spent searching for a job, it is clear to me that the biggest hurdle to overcome was undoubtedly the language. I had a basic level of French when I moved over here, mostly what I had learned at school some ten years earlier with a slightly enhanced vocabulary gained during my regular trips to Switzerland. Perhaps the employment agencies were not impressed by someone living in a French-speaking region who could not speak French, hence the lack of assistance I received.

What helped me most in this area was living with my parents-in-law. At their apartment, everything was in French. They themselves do not speak English, so the only conversations I had or heard were in French. The TV, radio and newspapers were all French, so really for me it was a total immersion into the French language. By the time I had my successful job interview, I was able to string together meaningful sentences to explain my employment history and more about me, instead of just asking for directions to the library.

Had the ORP been willing to provide a language course to someone during the wait for a permit I might possibly have found a job earlier than I did. Still, I am told that many Swiss nationals take as long or even longer to find a job, so I was probably quite lucky to have found one in four months. Add to that the fact that I was trying to find a job during the Christmas – New Year period (traditionally harder due to less activity from companies who wait until January or February to hire new employees) and the fact that it was during an economic recession in Europe, and I should feel pretty proud of what I achieved.

How did you find your apartment?

Having successfully managed to find a job, we turned our attentions to the search for an apartment of our own. My in-laws had been brilliant to us both, and I can’t thank them enough for their support during my transition to Swiss life, but a newly-wed couple needs to have their own space.

In England, finding a new place to live was a very simple process. Before my wife moved over I looked at a couple of places that were within my price range. I liked one of them, expressed an interest to the estate agent who said I could have it if I wanted. Basically, I signed up for it, paid a deposit, waited for the available date and then moved in. Easy.

In Switzerland it seems this is far more complex, mainly because the demand for apartments far exceeds the supply. This is only to be expected in a country where so much of the land is either mountainous or a lake. It also seems to be largely at the estate agent’s discretion over which applicant should get the apartment. I have heard rumours that they give priority to larger families over childless couples or single people, reasoning that a family of four is more suited to a two bedroom apartment than a couple with no kids.

It also helps to know someone at the agency, as the above mentioned favouritism can virtually guarantee you’ll get the keys to the place you want if you’re friends with the decision maker (provided you meet the financial requirements, of course).

Armed with this knowledge, we set out to find somewhere to live. In total, we visited six apartments ranging from tiny single-room apartments to beautifully furnished sub-lets, one attempted visit where the current tenant did not answer the door, and one aborted visit when we decided not to view an apartment located on the site of a large construction company next to huge electricity pylons, before we finally found the apartment for us in Bussigny, near Lausanne. We were fortunate that this was a private letting, and that my mother-in-law knew the owner, guaranteeing that we would get it.

One year later we moved again. Once again, it paid to know someone in higher places as a friend of a friend who worked at the agency pulled the strings so we were the successful applicants. We decided to move, this time to a bigger apartment, as our family was about to grow – my wife was pregnant with our first child. 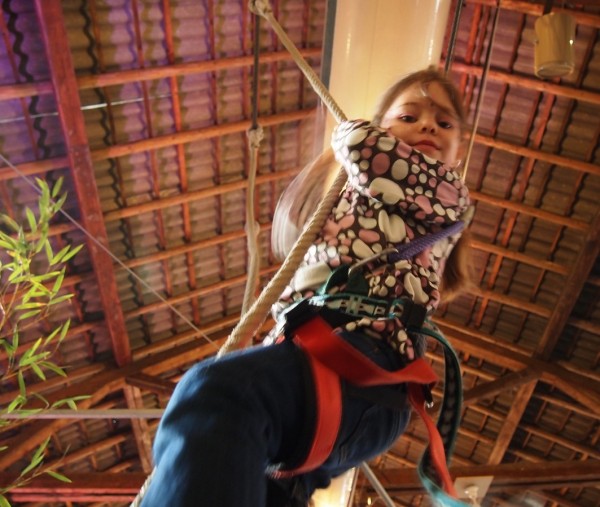