With snow-capped mountains, world-renowned Xmas markets and cozy wooden chalets so close to home, Switzerland is one of the best places in the world to enjoy the festive season.

If you’re lucky enough to be spending Xmas here, take a look at our festive listings for the coming weeks and remember to check for all last minute events and New Year’s celebrations that will be added to the list very soon!

FAMILY TIP: Your little ones can have their picture taken with Santa, free of charge, at La Praille shopping centre in Carouge (on the first floor) on the following dates:

Until the 24th of December there will be many Xmas activities at the Meyrin shopping centre (Avenue de Feuillasse 24, Meyrin), including glass blowing workshops for kids, Mère Noël’s very own patisserie, Father Xmas’ stables and free photos for kids with the white bearded man himself, of course!

Vitam in Neydens (France) is lending busy parents a helping hand this Xmas with some special supervised activities for children while you get all your Xmas shopping done! On the following dates & times you will be able to leave your little Xmas elves with trained Vitam staff who will look after them in the Grands jeux area, play board games with them or involve them in a fun creative workshop.

Suitable from age 4, the price is 12 € per child.  Places must be booked online in advance here.

For any last minute shopping, Val Thoiry shopping centre in France will be open on the following Sundays: 7th, 14th and 21st of December 2014. Apparently there will be a Xmas market too, an ice-rink, a sledging area…and the opportunity to take your photo with Santa!

If you’re looking for breathtaking mountain views, then the House of Santa Claus at Rochers-de-Naye, nestled at an altitude of 2042 metres above Montreux (VD), is perfect for you. Don’t miss the Santa Claus train, face-painting sessions, stories, photos with Santa and much more!

Having been to both Santa’s abodes in Andilly (FR) and Rochers de Naye (CH), we personally think that Andilly is better for younger children: it’s more easily accessible and there’s a lot more to see inside Santa’s house. Rochers-de-Naye is probably best enjoyed with older children, who can be patient and sit still during the train ride up as well as appreciate the stunning mountain-top view over Montreux. 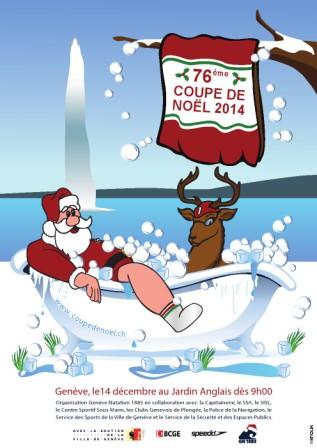